Taxi Château de Versailles with the drivers of Move in Paris Cab, take care of you for all your trips, from or to the airports of Paris, in the stations, or at another address.

To book, you just have to go to the booking simulator, enter the necessary information and in a few clicks you have reserved your driver aboard a high-end car and at your disposal: Beverages, sweets, phone charger, baby seat …

About us
book
Faq

You want to move to the airport or another destination. Take a few minutes to book your Château de Versailles taxi.

Our Move in Paris Cab drivers know Paris and its suburbs perfectly. This allows them to avoid all traffic concerns and even allows you to be ahead of your destination.

You just have to settle down peacefully, your Taxi driver will take you back to your destination.

Change the way you travel with Taxi Château de Versailles

Following your booking, you will receive a booking confirmation by email with all the information for your trip.

You have the choice for the type of payment with a Château de Versailles taxi. Online payment via our secure platform or on board the vehicle. Cash and credit card accepted.

So what are you waiting for? Nothing could be easier, to book your Taxi with Move in Paris Cab. 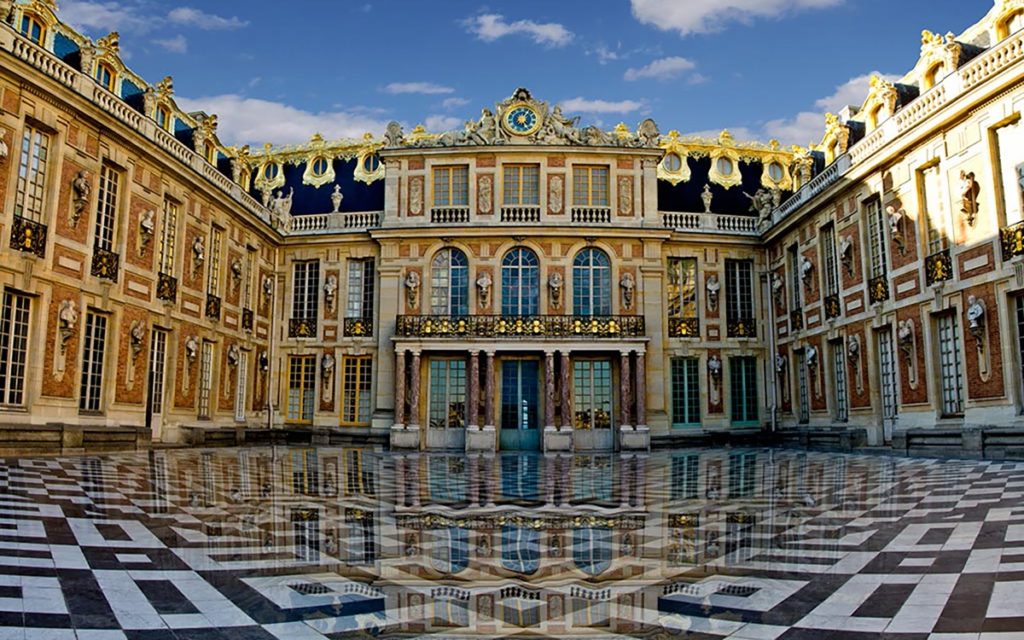 The château de Versailles is a French castle and historic monument located in Versailles, in the Yvelines, in France. It was the residence of the kings of France Louis XIV, Louis XV and Louis XVI. The king and the court resided there permanently from May 6, 1682 to October 6, 1789, except for the years of the Regency of 1715 to 1723. Located southwest of Paris, this castle and its estate aimed to glorify the French monarchy.

The castle is made up of a succession of elements having an architectural harmony. It covers 63,154 m2, divided into 2,300 rooms, including, currently, 1,000 pieces of museum.